A new job is posted every minute on Care.com - don't miss out.

Find a job that fits what you're looking for. 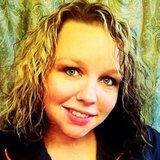 Looking For A Special Education, English, Math, Science Tutor In...

Full Time • $10 – 15/hr • Starts 01/23 • Terre Haute, IN
My son is a freshman in high school & is need of a full-time or part time tutor for online learning. Someone who has experience with all subject areas. A minimum of 2 days/wk.

Part Time Nanny - I work from home and I am regularly at home. W...

Nanny Needed For My Children - Seeking a nanny for 1 child. Hopi...

Part Time • $15 – 18/hr • Starts 02/07 • Terre Haute, IN
Seeking a nanny for 1 child. Hoping you can start soon! Some light housekeeping is required. We do have pets, so please consider that when applying.

Looking For Help At Home And Care For A Toddler. For Family Livi...

Part Time • $10 – 10/hr • Starts 01/25 • Terre Haute, IN
We are three in the family, We moved last year to Terre Haute, I work from home office, and I am regularly at home. We are Mexican (I would like to learn English). We are looking for help at home to take care of my kid, cook and light housekeeping.

Nanny Needed For My Children In Terre Haute. - My new job has me...

Nanny Needed For My Children In Terre Haute. - I am a nurse and...

Part Time • $11 – 16/hr • Starts 07/16 • Terre Haute, IN
I am a nurse and my husband is a firefighter. Were expecting our first baby in July and I will have to go back to work in October. We both work full time and have very random schedules and long work days. Our work days inevitably overlap sometimes, and we will need someone to watch our little one when they do. My husband is gone for 24 hours when he has a shift, and I work 7 a.m. to 7:30 p.m. so those are the hours I would need someone to watch our little. I would prefer someone come to our house to maintain his daily schedule and routine.

Part Time • $14 – 19/hr • Starts 01/13 • Terre Haute, IN
I have a 6-year-old boy, in kindergarten. He is behind on identifying numbers and certain letters/sounds at the midterm in kindergarten. His peers have moved on as has the kindergarten curriculum. He had a speech delay and did not talk at all until about 3 years old. He had a year of speech therapy, which I believe helped immensely. He speaks very well now, and I have no doubts in my mind he is very capable of the curriculum, I just think he is always one of the last to catch on or attain the skill for what is "typical" or "standard". His doctor said this would be normal. He has recently stated that he feels like he is behind his classmates and does not know his numbers or letters. I have tried to help, but he (and I) feel it would better serve him if he had a tutor.

Looking For Tutor And Assistance With Transportation. In Terre H...

Part Time • $11 – 15/hr • Starts 01/09 • Terre Haute, IN
We are looking for someone to pickup 4 middle school age guys from school each day and then provide assistance with homework as needed.

Nanny Needed For My Children In Terre Haute. - I'm a nurse that...

Nanny Needed For My Children In Terre Haute. - Hi , my name is D...

Part Time • $14 – 17/hr • Starts 04/19 • Terre Haute, IN
Hi , my name is DeJane and will be a first time mom so I would love for my nanny to be very up front and understanding with my terms and how I would like things done with my baby. I would love for them to treat my baby with care , love as if my child was they own. I am a hard working mom with a hard working dad and in order to maintain the things I have going in life I would need hours. That's where you (the nanny ) come in to help me when needed through the week. I would be a full time mom on weekends so I would be okay with that unless I change my mind.

Related Jobs in Terre Haute, IN

Right Now Within a week Within a month Just browsing

Costimate™ is an estimate based on an average of known rates charged by similar businesses in the area. For actual rates, contact the business directly.